The art park in Val Saisera

Where a hundred years ago the trenches of the Great War once stood, today emerging and varied creative energies take shape that connected give rise to an unprecedented artistic path, generating “Altrememorie”.

Altrememorie is an art park in continuous expansion. The project involves the creativity of international artists called to dialogue with the nature and memories of the place, producing installations of contemporary art in the same places where 100 years earlier, young people from all over Europe built war zones.

Devotional path among the Vie Crucis (stations of the cross) of Malborghetto – Valbruna and St. Stefan im Gaital

The Vie dello Spirito is a religious route that takes up the ancient practice of pilgrimage and, in particular, of the Via Crucis. This cross-border route that connects Malborghetto to St. Stefan promotes the historical and artistic wealth of the two towns through a joint pilgrimage and hiking itinerary.

Reaching the final destination, the wonderful Calvari, you can admire the beautiful chapels – stations, an expression of the local manufacturing ability of the time.

Technical data of the route

The steps of history…

The peaks with fascinating names: l’Innominata, la Madre dei Camosci, Cengia degli Dei, the Montasio. These are the peaks loved by Kugy and entire groups of mountaineers, who guard the Great War’s terrible secrets in the Julian Alps.

The restored ruins of walkways, trenches and stations have become the “Abschnitt Saisera” Theme Park, named after the military section that operated on site. A three-ring route starts from the valley floor between first-line trenches. It then reaches machine gun and cave cannon positions and then, under the west wall of the Piccolo Nabois, the “Geschütz Kaverne”, the mountain cannon positions.

Not far from “Abschnitt Saisera”, along the municipal road to the Saisera Valley, is the Austro-Hungarian Cemetery of Valbruna – the cemetery of the heroes of the 608th. 179 soldiers rest here in peace. The holy ground gave a decent burial not only to the fallen of the Austro-Hungarian Empire but also to the soldiers of the enemy army, victims more than to fighting, of the killer ice and the winters in trenches along the vertical walls of the mountains that were the border between the two countries.

Parking: P3 of Val Saisera near the Locanda Jôf di Montasio.
Level of difficulty: for tourists (green ring), for excursionists (blue and red ring) on marked paths
Elevation difference: 292 metres (total)
Length: 5,9 kilometres (total)
Excursion length: from 1 to 3 hours depending on the chosen visiting area
Equipment: mountain clothing and shoes, a change of clothes, a good supply of food and water and a torch to visit the tunnels. It is advisable to be in good physical shape for the blue and red rings
Advised visiting period: from April to October

A mini-trekking and art park in the heart of Malborghetto where you can admire all the mammals present in Valcanale on wooden silhouettes, expertly painted by the local artist Marina Gioitti, perfectly in line with reality, for size, colours, appearance and characteristics. Deer, roe deer, bears, marmots, chamois, and many other animals are the protagonists of a small fairy tale that is also a perfect ecological handbook and a reflection on nature and landscape principles. With your children, you will be able to read the fairy tale of Animalborghetto in a magical little house at the entrance of the path in the picnic area. At the end of the mini-trekking for children, in the Ethnographic Museum, a few metres from the start of the path, you can buy the book with the Animalborghetto fairy tale

Starting point: the centre of Malborghetto, in Via Bamberga at the Krahvogl house, near the stone porch.

Car park: in the area of the parish church and Ethnographic Museum Palazzo Veneziano

Average visiting time:  you will need at least an hour (when it is about fun and reading, it is difficult to give exact indications…)

Means of transport: the path can only be walked but no worries! Where the pushchair can’t reach, there are plenty of other possibilities… backpacks, wraps, baby carriers. The important thing is not to miss this mini trekking in the mountains even with small children: future passions are sometimes born from the parents’ good habits!

Last tip: along the way, try not to imitate the misdeeds of Brutus, Ascella and Grugno and instead follow Emil’s example! If you want to know more… Well… All you have to do is come to ANIMALBORGHETTO!

The Forest Sound Track, the so-called Resonance Tree Trail, leads from Valbruna into an extraordinary spruce forest ideal for the production of musical instruments. Just think that violins, harpsichords and other musical instruments produced with the precious Valcanale wood are exported worldwide!

The Forest Sound Track is an exciting 5.5km (and as many to return) route, fully signposted, which will take you to the Resonance Fir site, where you’ll find many information boards describing these magnificent trees and the art of lutes. Along the way, besides wooden sculptures, recalling the world of music, you will find different points of interest that will attract your attention, making this trek truly unique.

The Forest Sound Track crosses the Abschnitt Saisera, a theme park of the Great War, in the heart of Val Saisera.

Technical data of the route

Distance from the arrival of the Resonance Tree site:

A silent witness to The First World War, Fort Hensel in Malborghetto is a symbol par excellence of the Great War in Valcanale. Heavily bombed starting from June 1915, even today, the Habsburg fort with its ruins tells of the brutality of the war, the impossible conditions in which the soldiers found themselves fighting and the circumstances that marked the passage of Valcanale to Italy.

An exciting route that connects the centre of Malborghetto with Fort Hensel passing through the panoramic point of the Testa di Malborghetto/Buchkopf at 1,260 metres above sea level. A site of historic interest where the ruins of the right side of the Fort Hensel observatory are located. The ruins of the war artefacts and the lovely panoramic views, which allow you to admire the Julian Alps’ peaks from which the Italian army bombed the valley, make it a fascinating destination. The path, wanted and conceived by the Municipality of Malborghetto-Valbruna, is configured as an extraordinary trek in nature, undoubtedly unforgettable for the unique opportunity to walk in the footsteps travelled over 100 years ago by soldiers, men and boys who, with all the climatic difficulties, climbed and perched on these mountains to defend the ideals of their Empire with blind enthusiasm.

Recommended visiting period: from May to October

Fort Hensel crossing path that winds through the fort’s ruins and traces the route that the Austro-Hungarian military used in peacetime to move within the military complex. Being exposed to the cannon fire of the Italian army stationed in Val Dogna, this path was not used in wartime.

The route is configured as a short walk among the fortress ruins built in the second half of the 1800s and made functional in 1884. Walking along the road to the right of the entrance of the “Fort tunnel” (P3), or starting from the parking lot (P2), you climb following the signs for the access roads to the fort until you reach the courtyard of Block B. From there, continue on the Path of Peace to the top of Block A, a panoramic point on the valley and site of the mortar bases. Admire the bastion on which the flags are hoisted, go down the same route to the starting point.

A perfectly marked tour among the malghe (Shepherd huts) of Ugovizza. A tour that connects the town of Ugovizza with the agritourisms and mountain shelters of Val Rauna, Val Filza and Val Uque. All the accommodation facilities and excellent refreshment points of these beautiful valleys can be can reached on foot and in sequence: you will be spoiled for choice for your lunch break! There is something to satisfy every taste among all the dishes based on homegrown ingredients, such as organic meats, local cheeses, aromatic herbs and homemade desserts. The Malghe tour is rich in splendid views and geological, historical and naturalistic features. You will visit places where time seems to have stopped, where agriculture and breeding are still practised as they were in the past and where the signs show the place names in the local languages

Length of route (standard path, with starting point in Ugovizza)

Routes with stages: easy, suitable to everyone

** To reach the Agritourisms da Michael and Gacceman in case of floods of the Uque River, near the ford of the Locanda al Camoscio, do not cross the river but continue following the signs along the path in the direction of the Rosič agritourism, near a bridge. 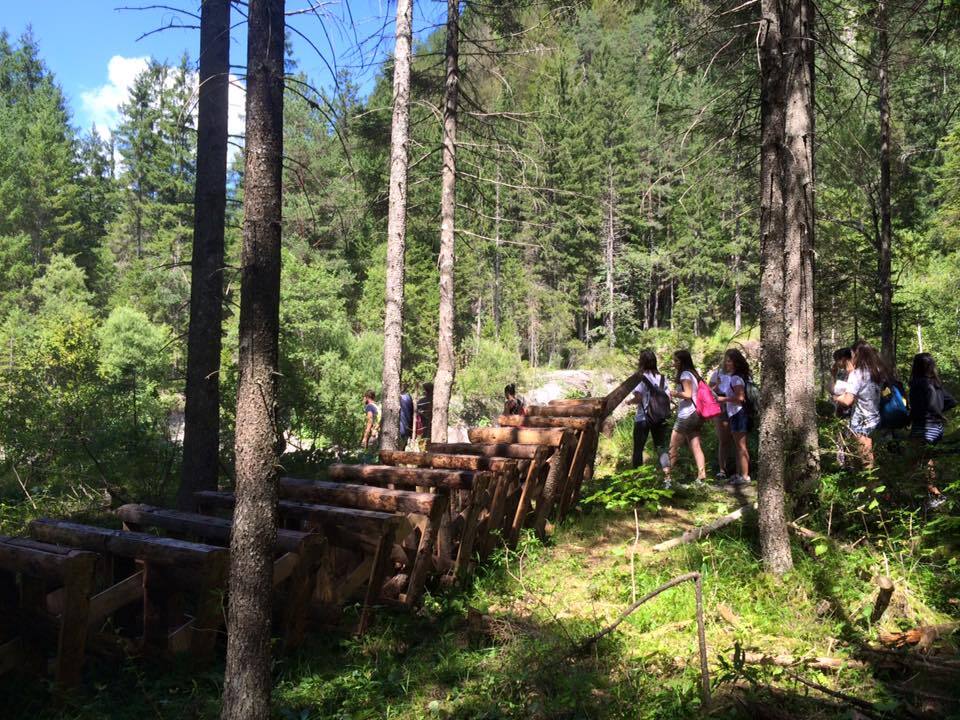 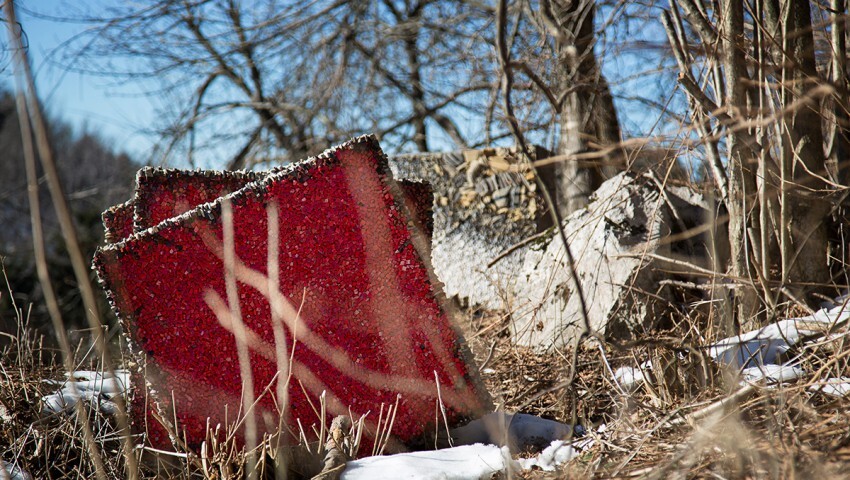 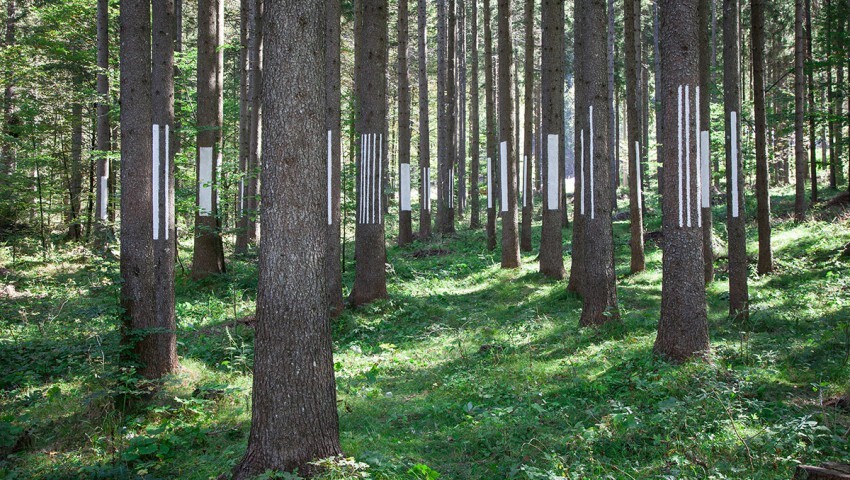 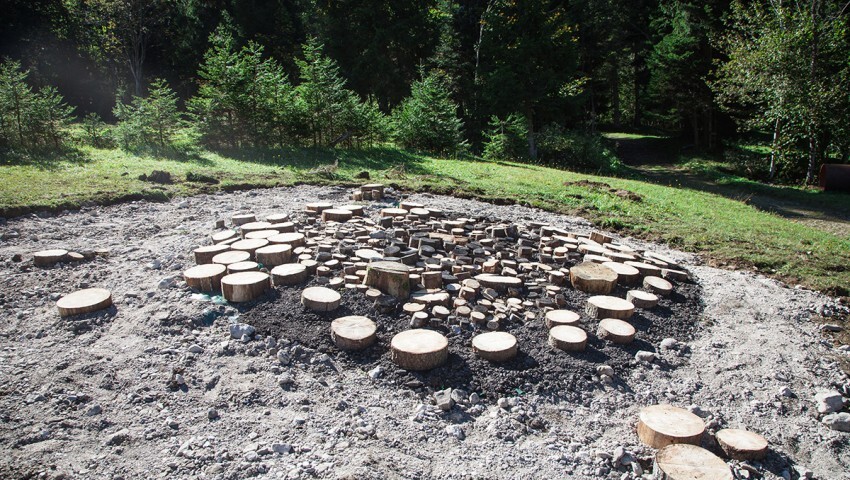 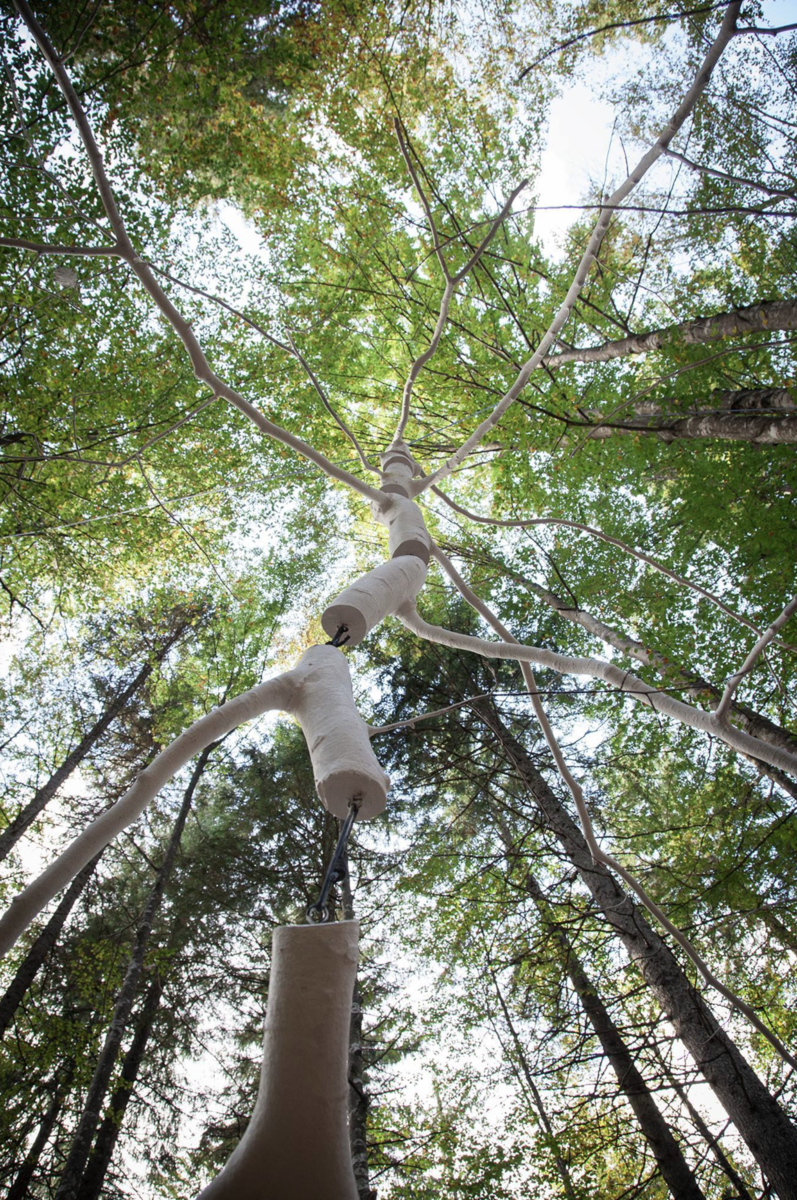 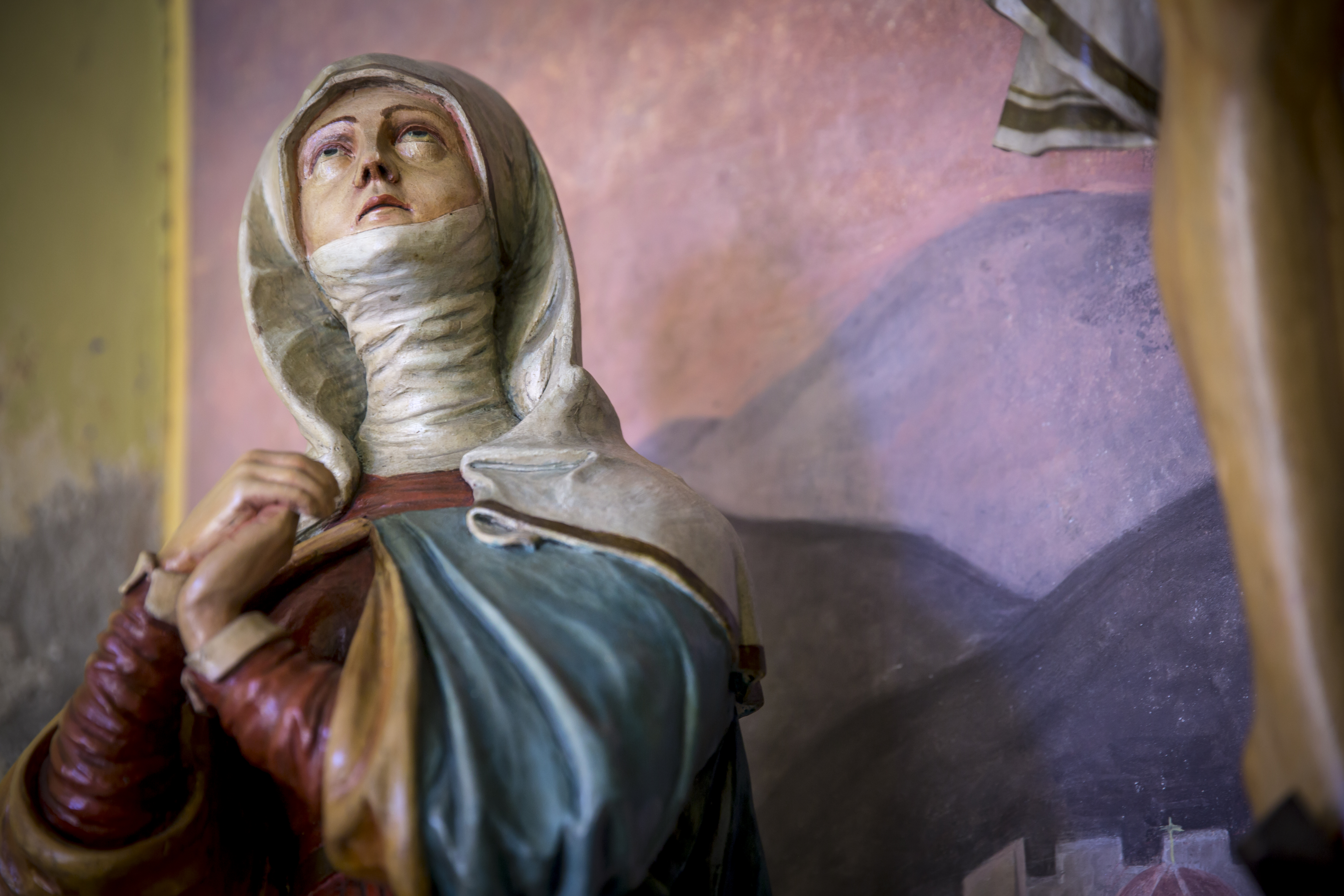 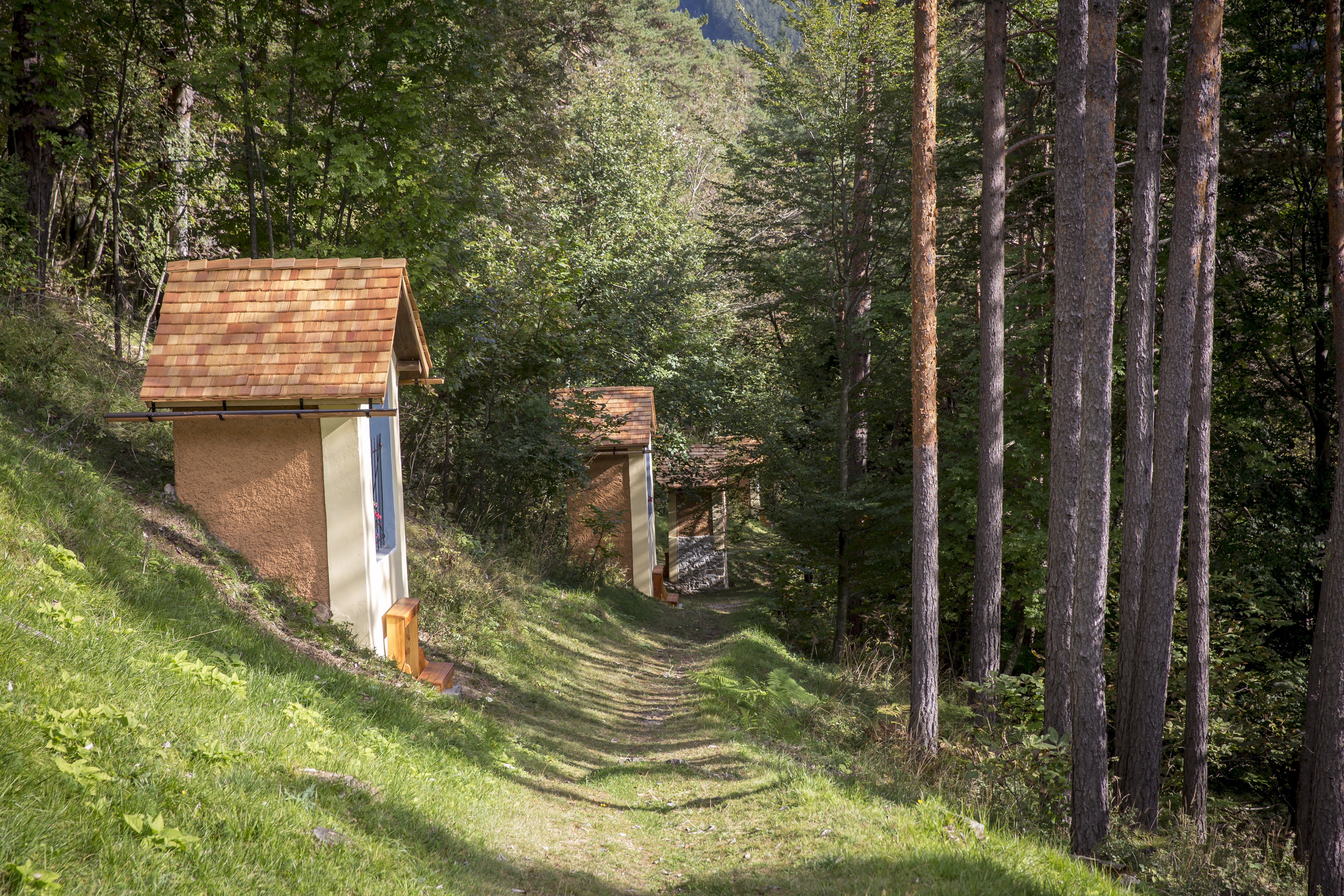 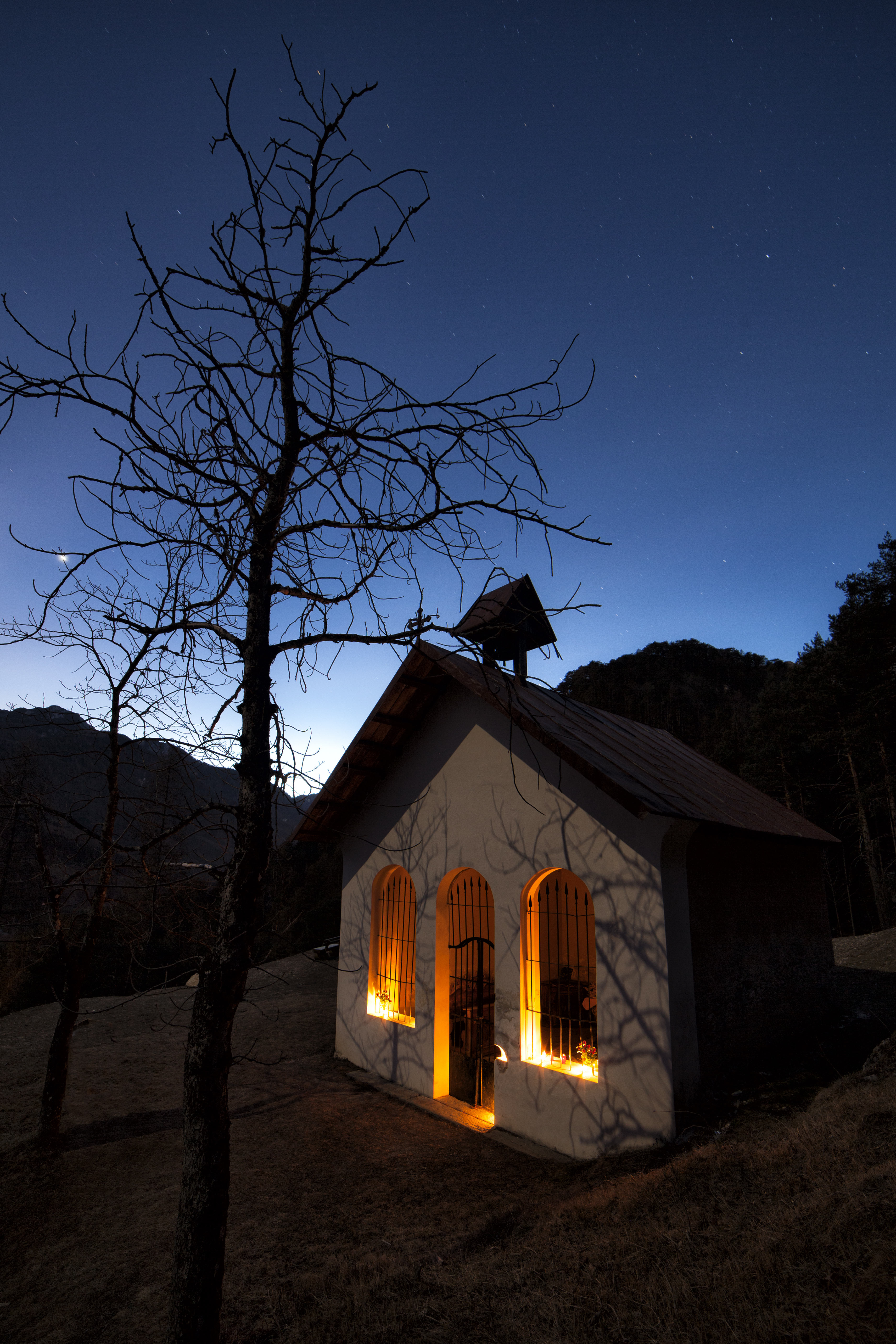 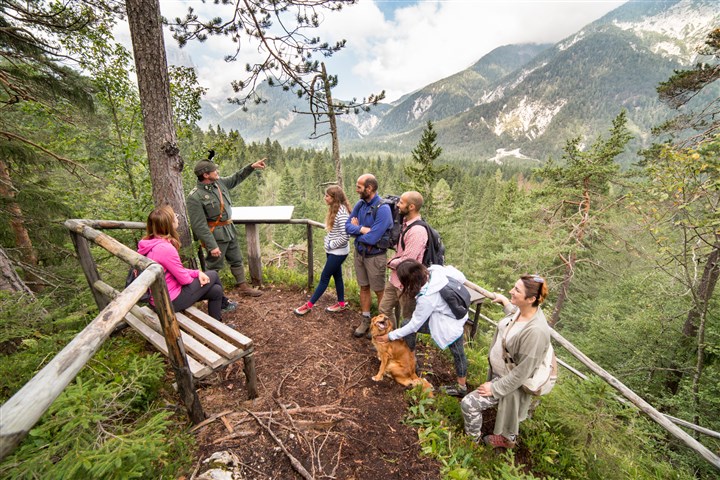 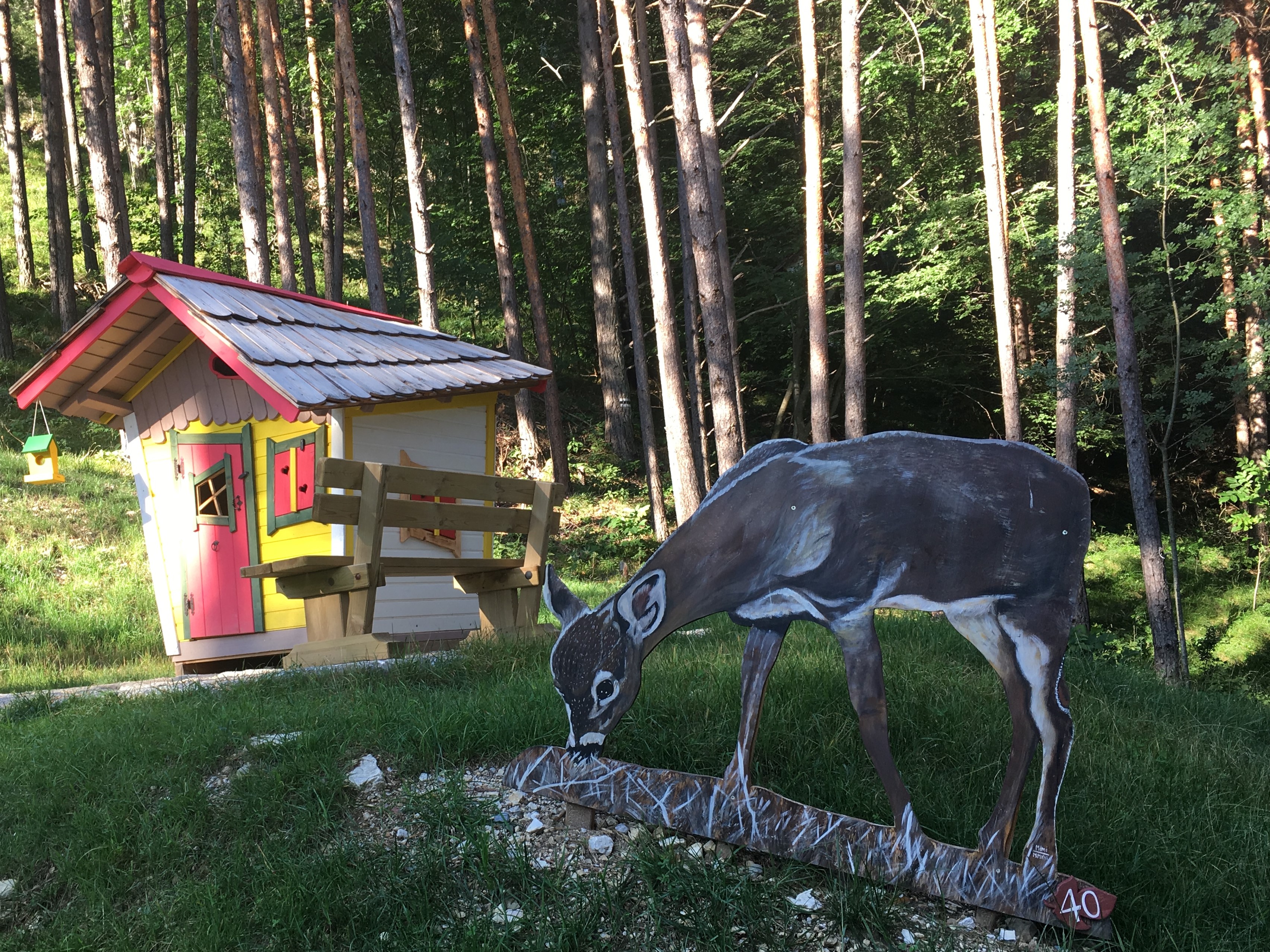 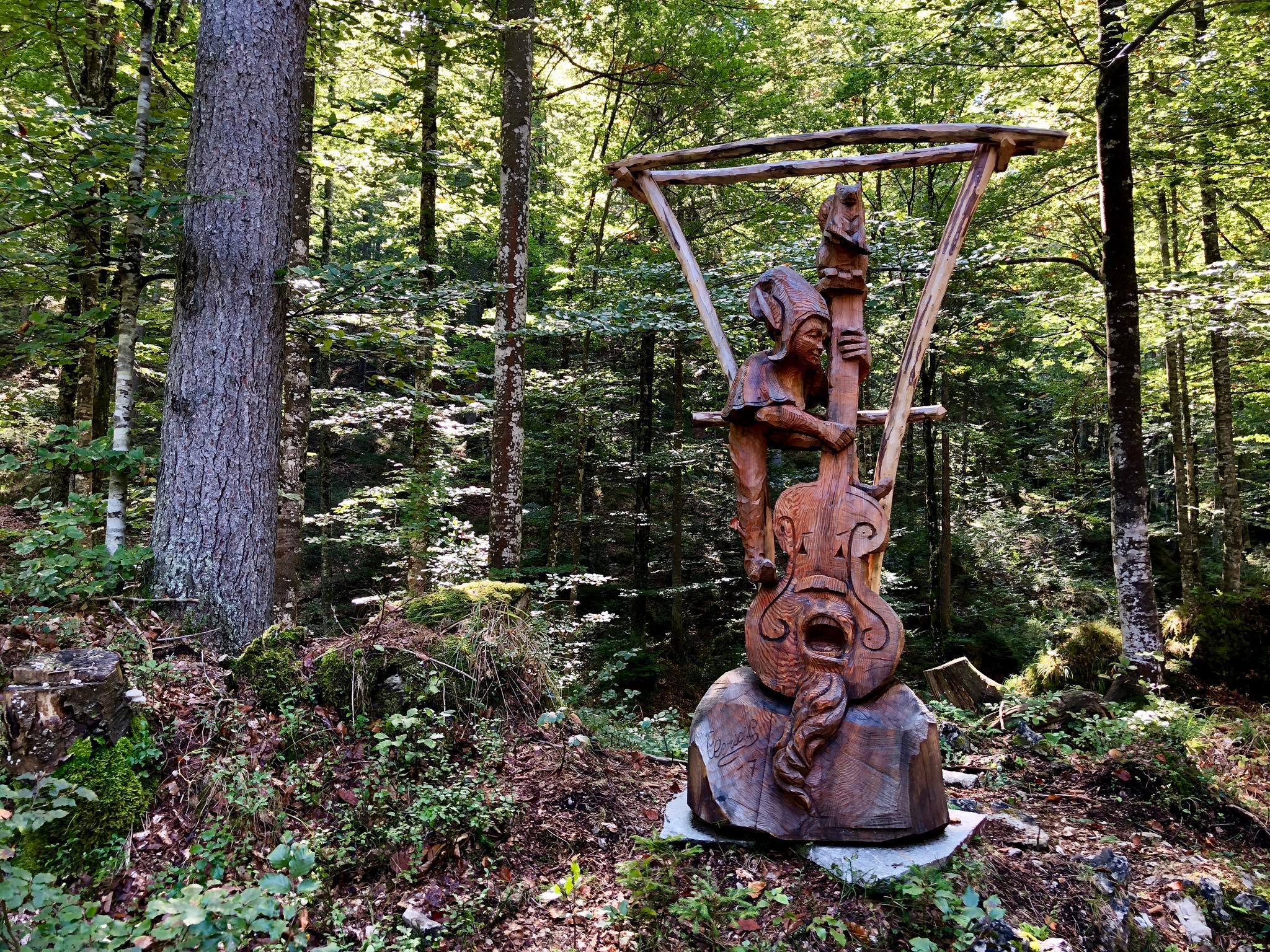 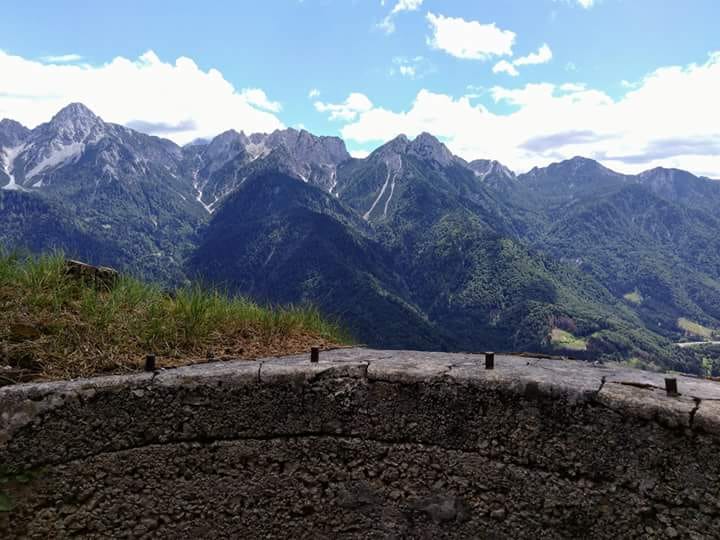 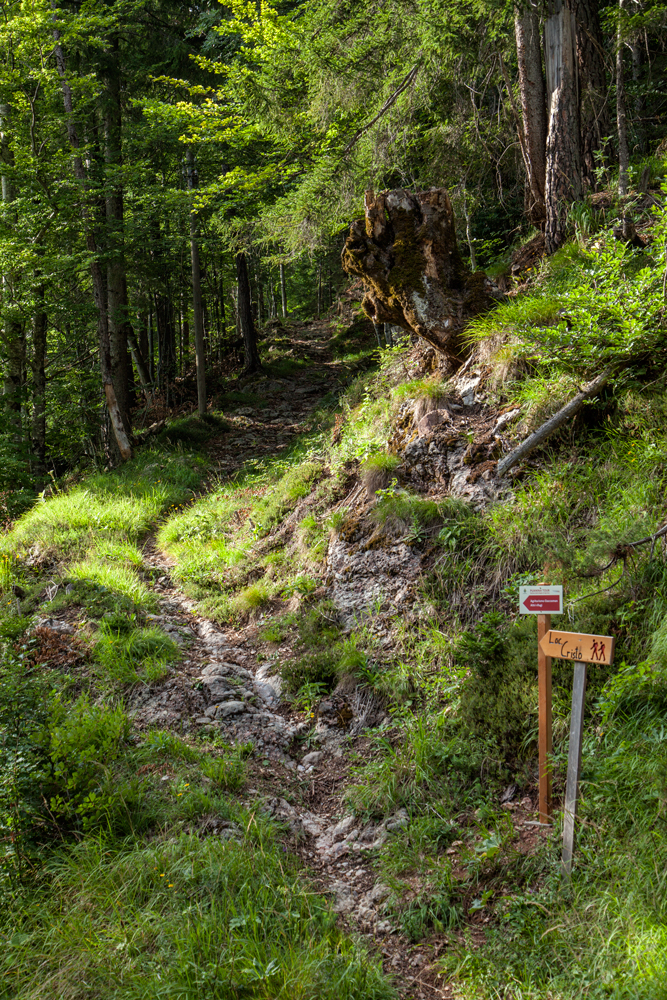 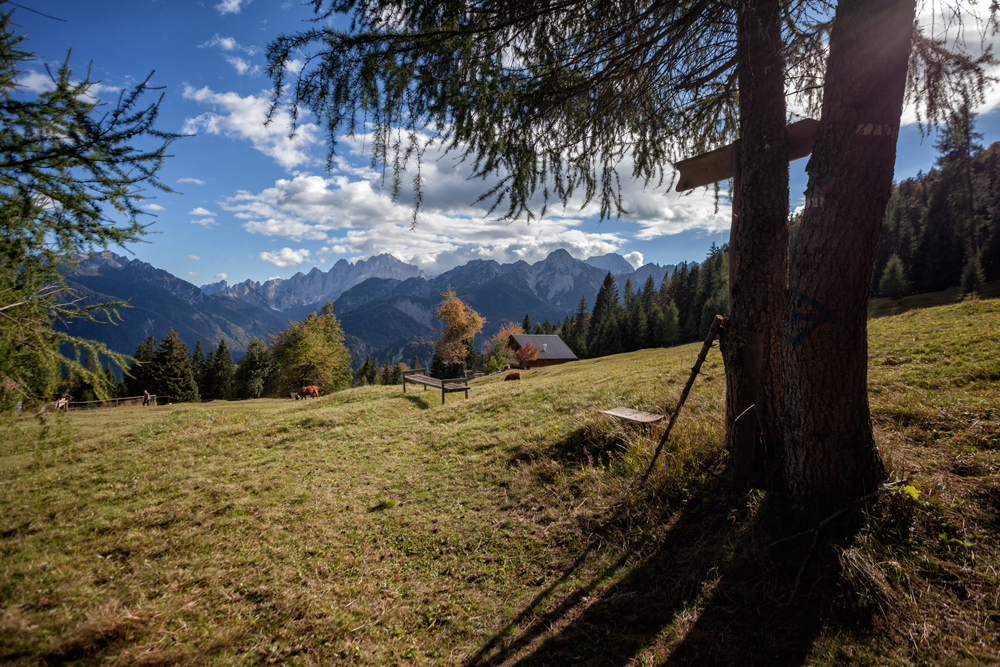 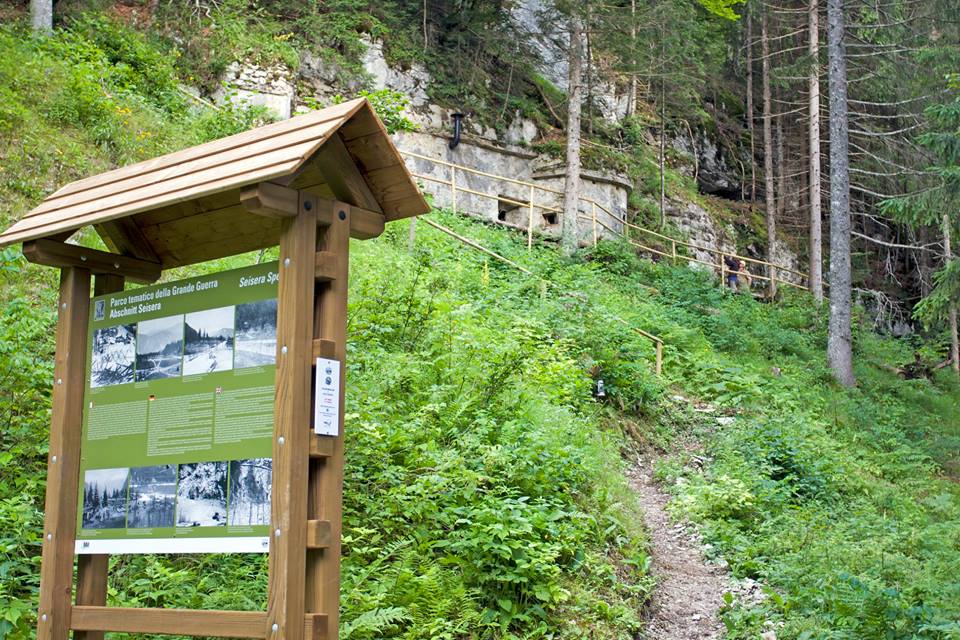 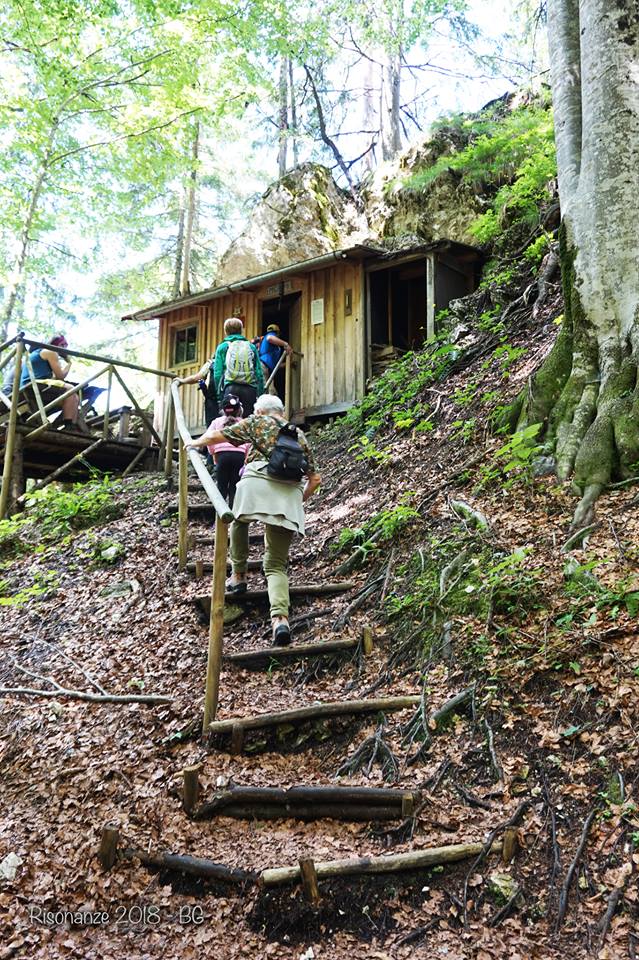 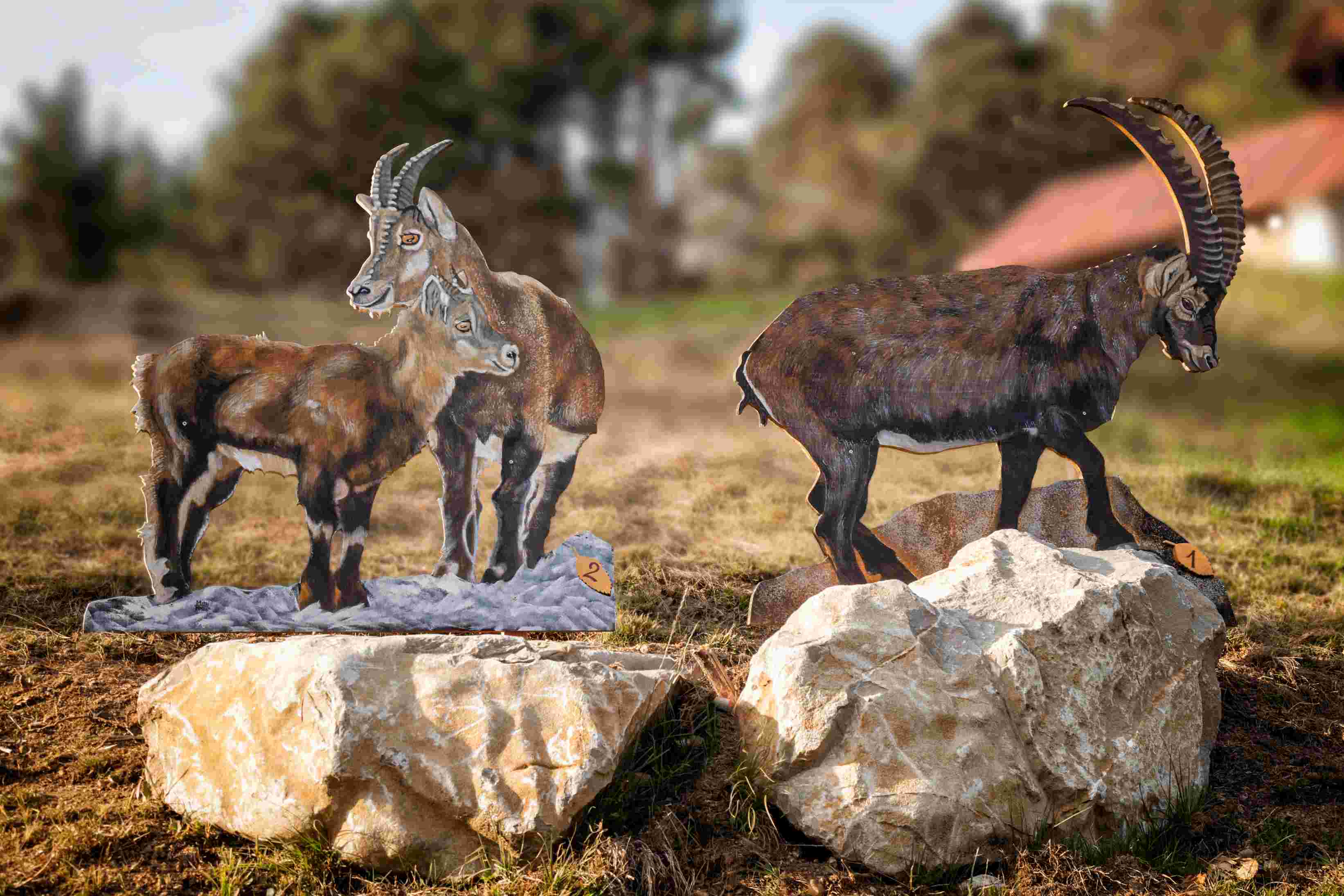 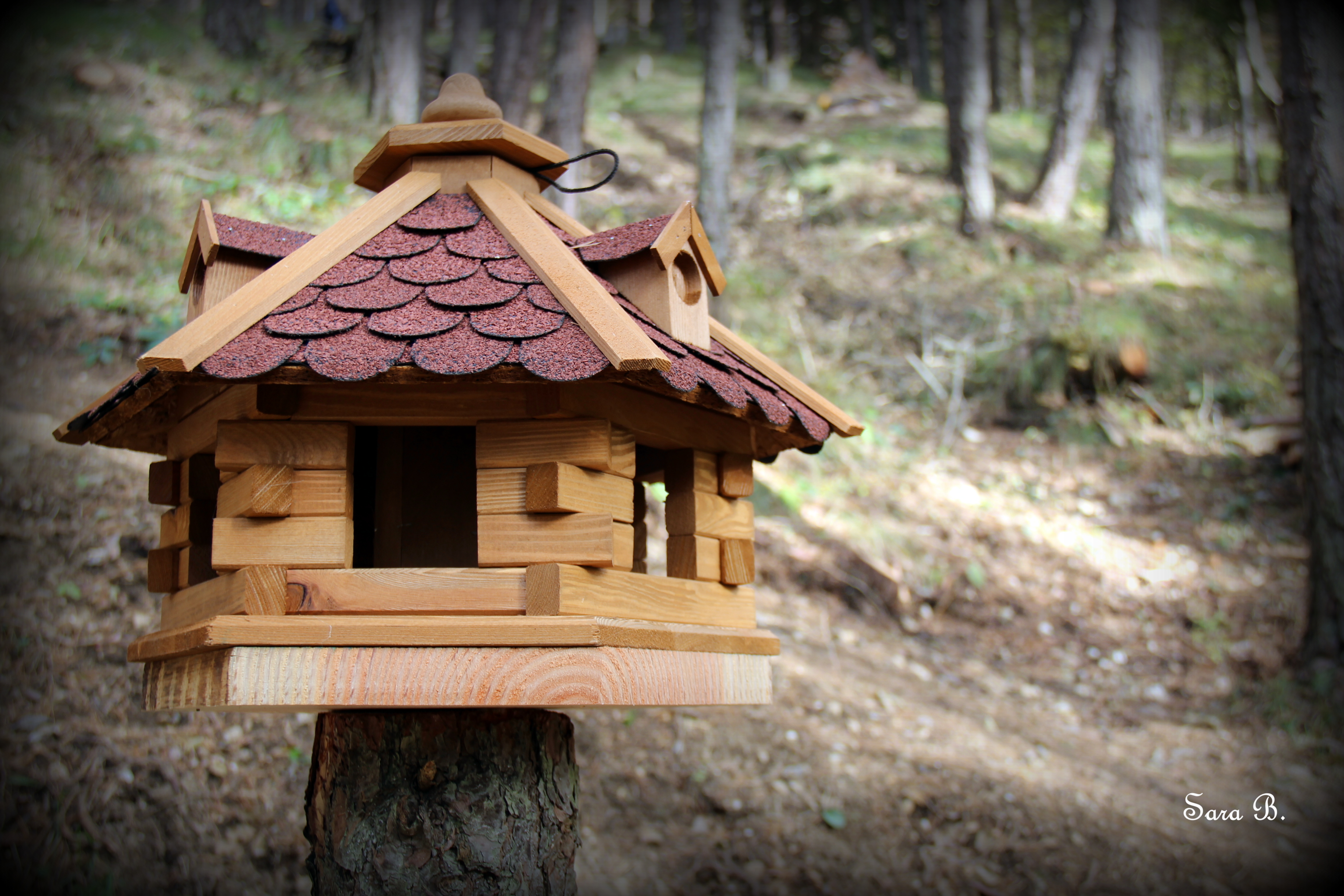 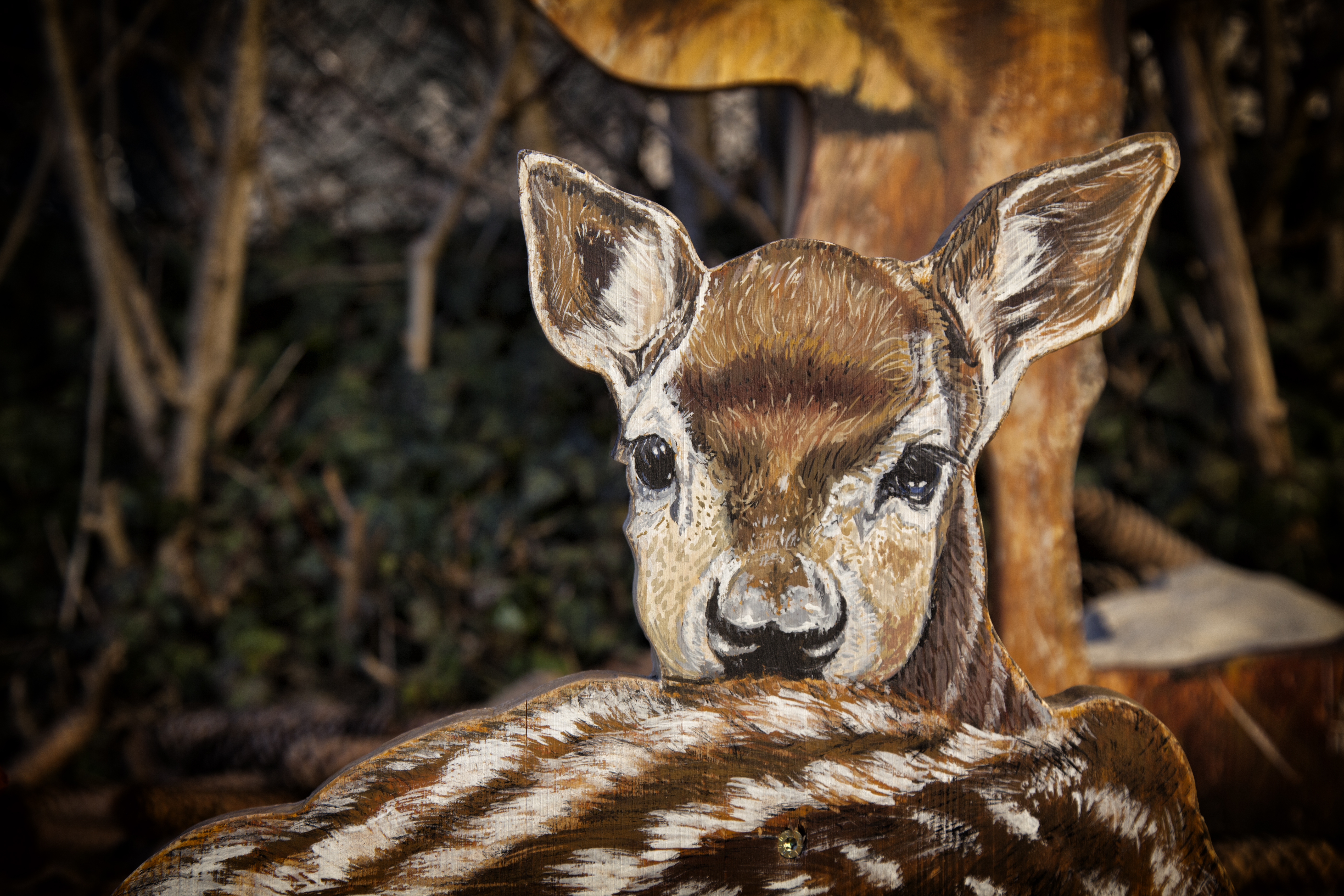 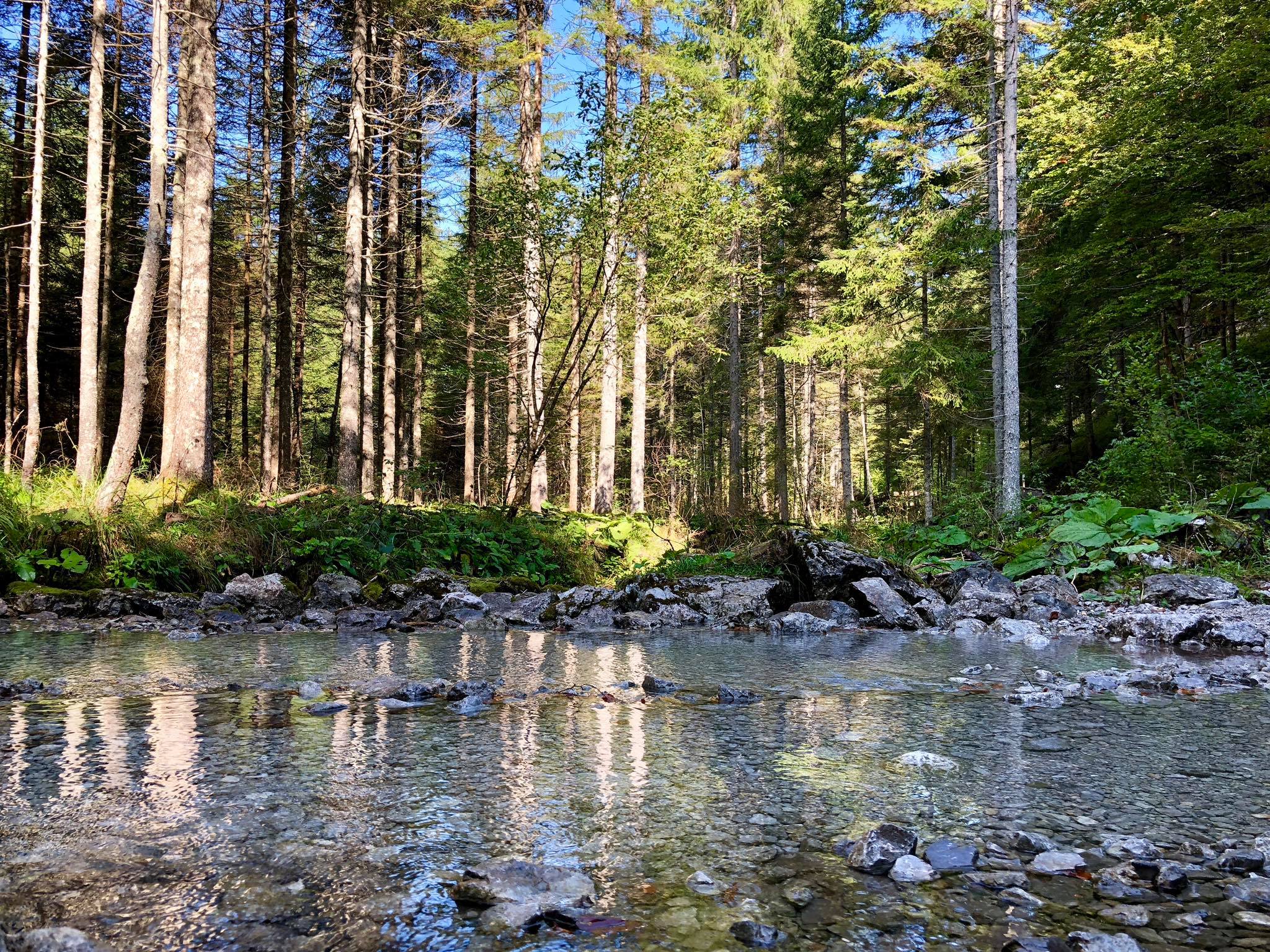 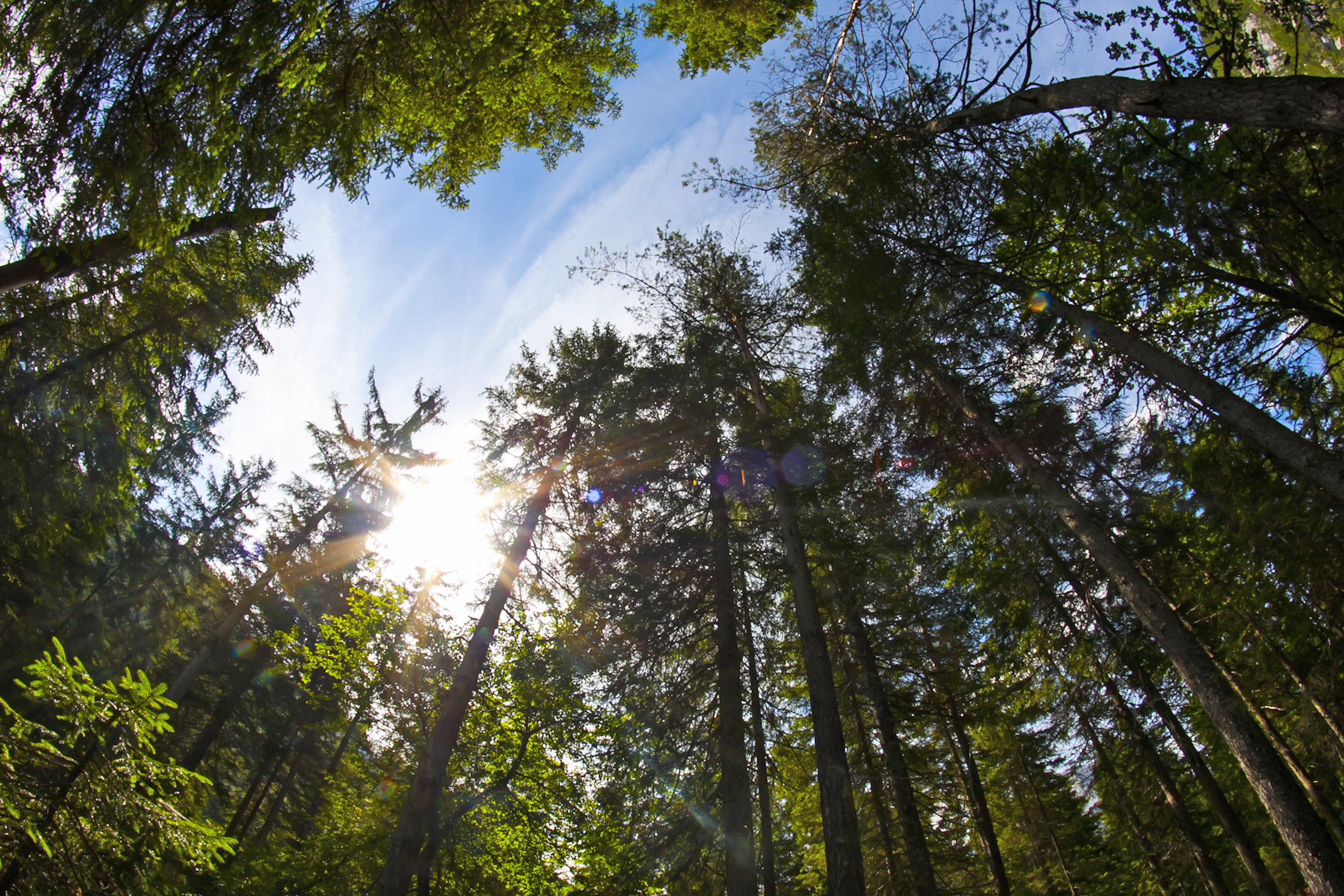 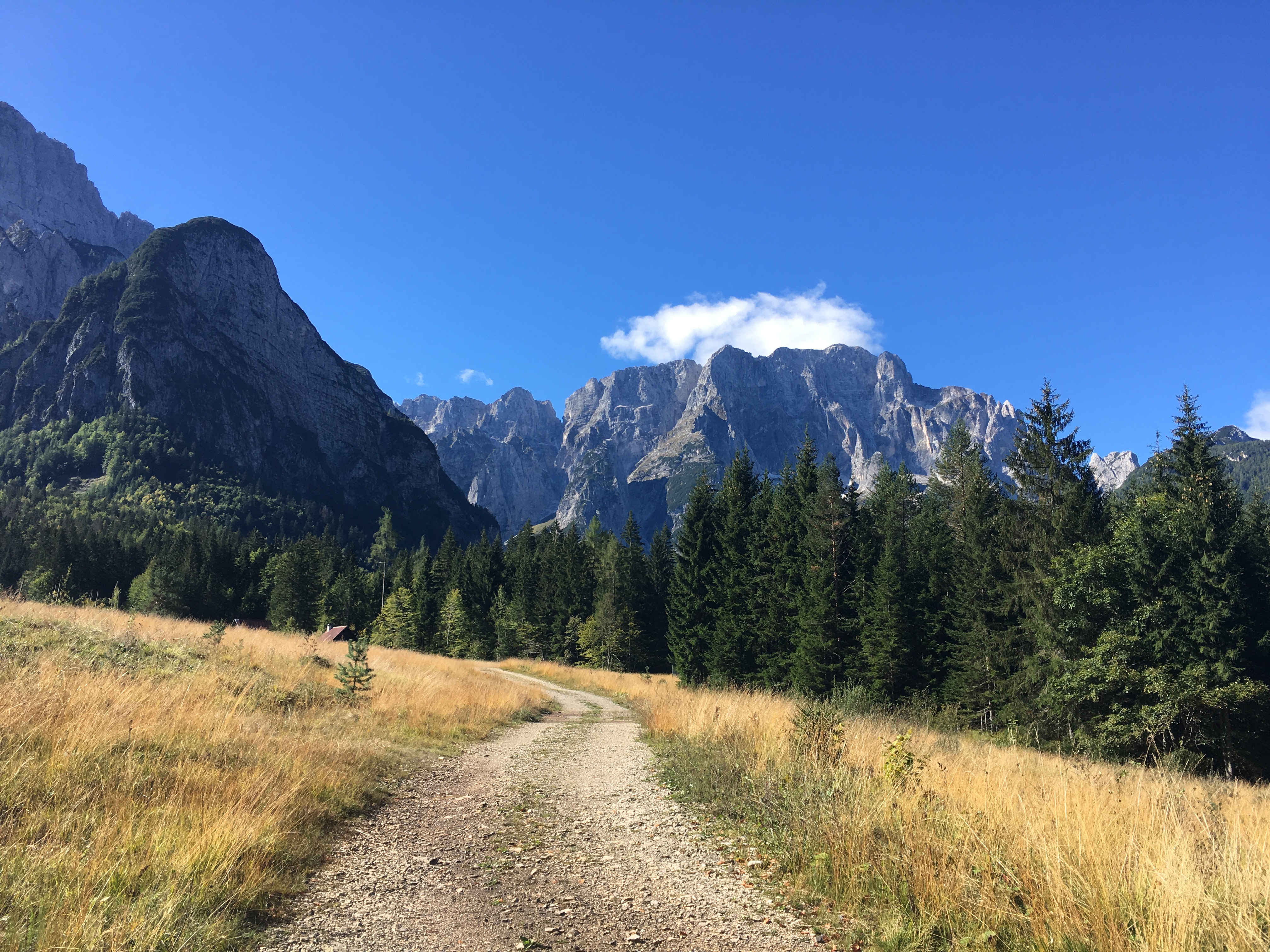 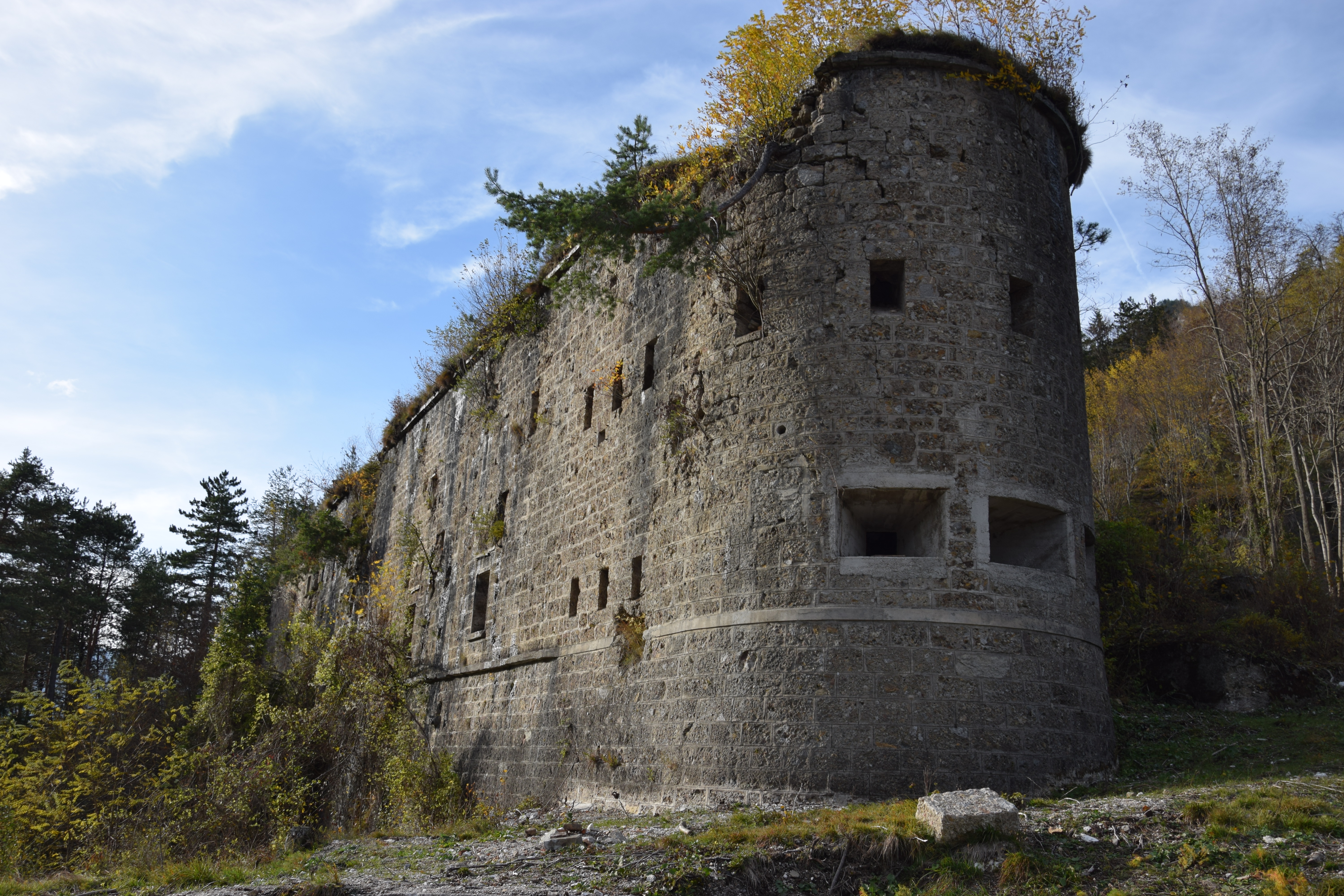 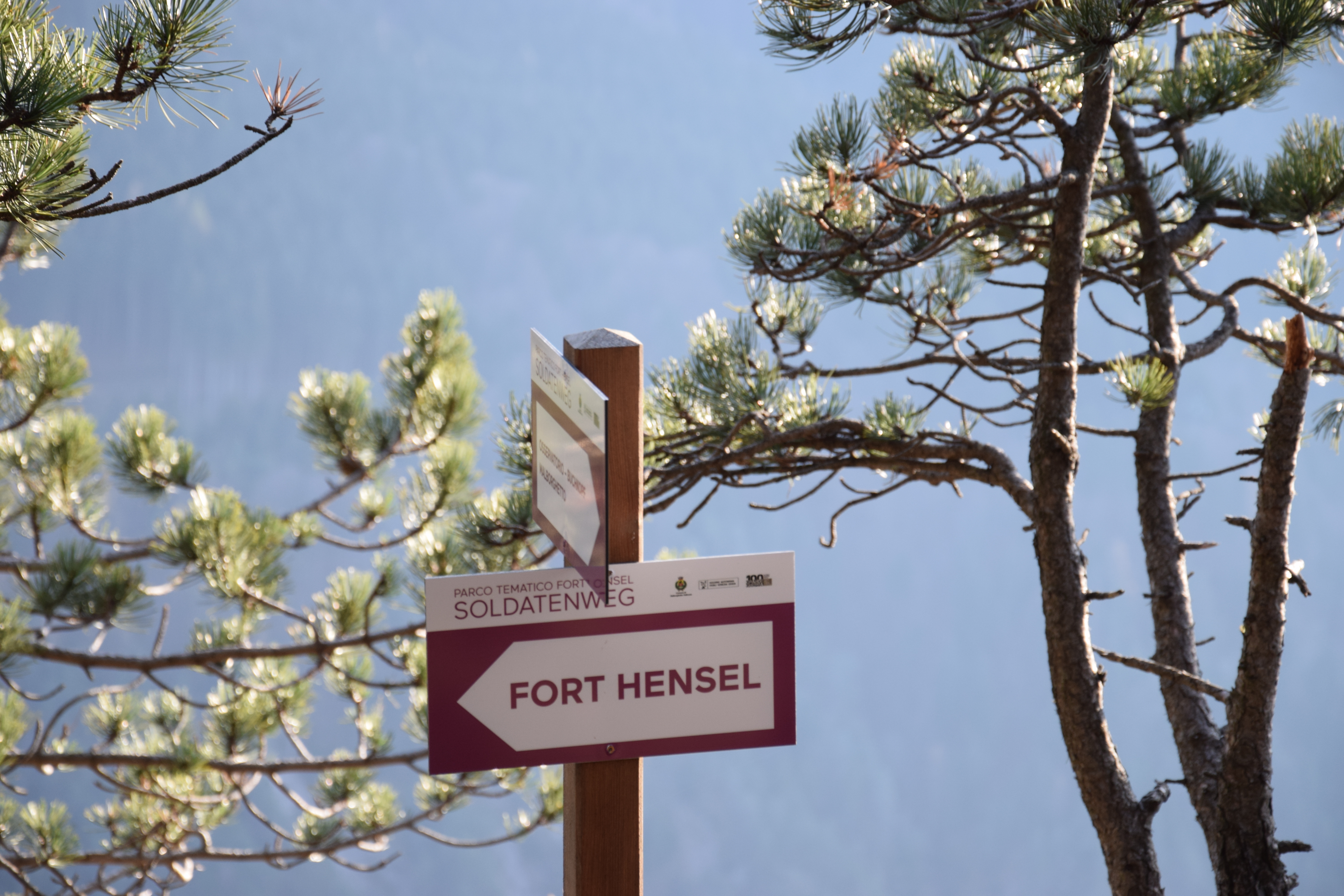 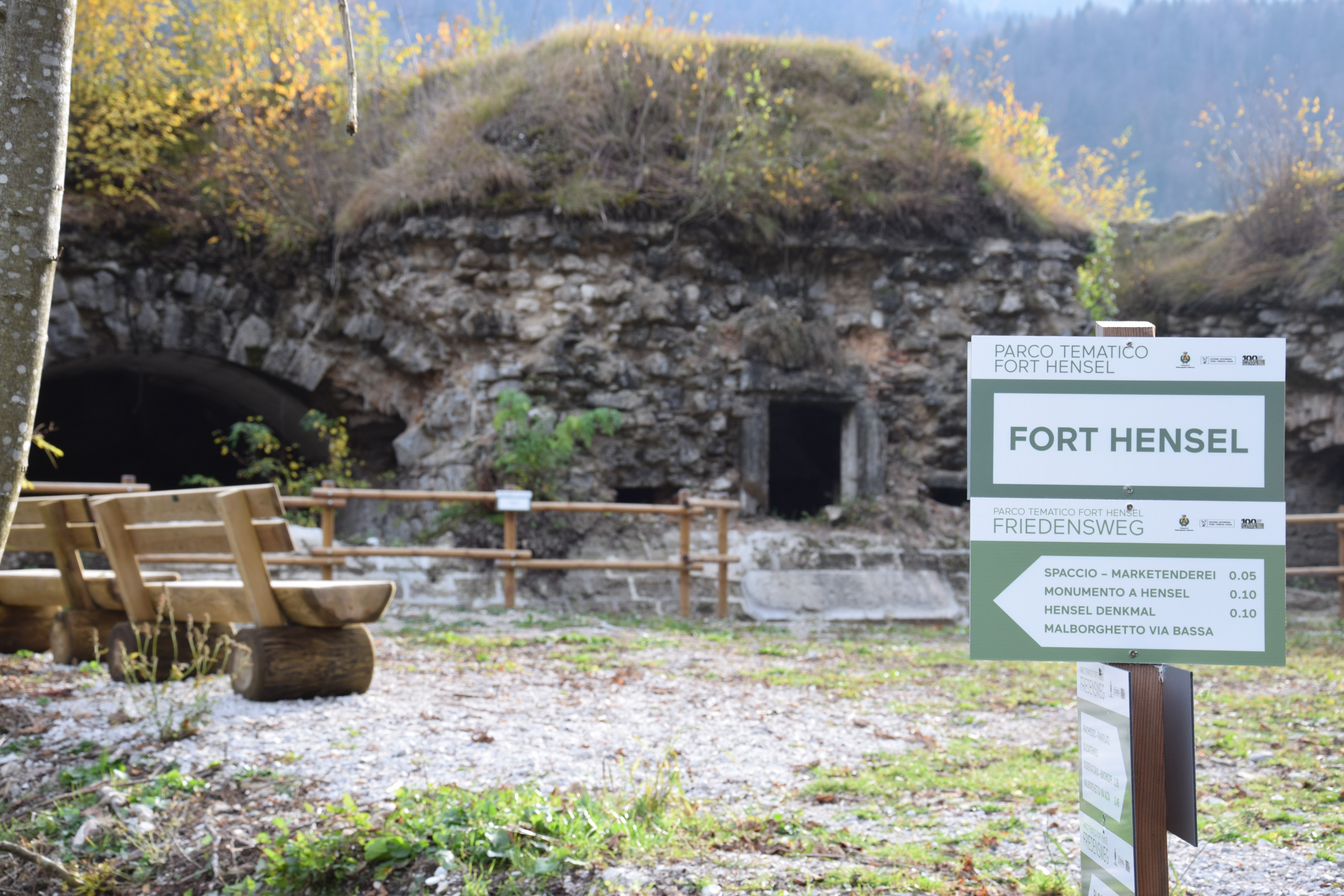